Jews have been present in Greece since at least the fourth century BC. The oldest and the most characteristic Jewish group that has inhabited Greece are the Romaniotes, also known as “Greek Jews”. However, the term “Greek Jew” is predominantly used for any person of Jewish descent or faith that lives in or originates from the modern region of Greece.

Aside from the Romaniotes, a distinct Jewish population that historically lived in communities throughout Greece and 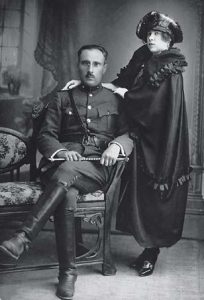 neighboring areas with large Greek populations, Greece had a large population of Sephardi Jews, and is a historical center of Sephardic life; the city of Salonica or Thessaloniki, in Greek Macedonia, was called the “Mother of Israel”.[2] Greek Jews played an important role in the early development of Christianity, and became a source of education and commerce for the Byzantine Empire and throughout the period of Ottoman Greece, until suffering devastation in the Holocaust after Greece was conquered and occupied by the Axis powers despite efforts by Greeks to protect them.[3][4] In the aftermath of the Holocaust, a large percentage of the surviving community emigrated to Israel or the United States.