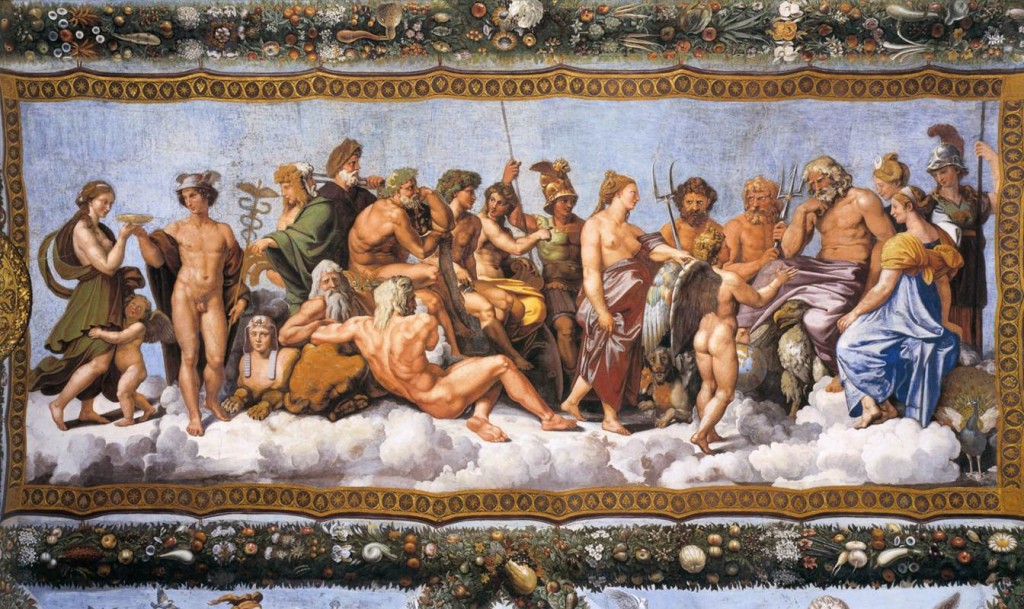 Ancient Greek religion encompasses the collection of beliefs, rituals, and mythology originating in ancient Greece in the form of both popular public religion and cult practices. These groups varied enough for it to be possible to speak of Greek religions or “cults” in the plural, though most of them shared similarities.

Many ancient Greeks recognized the twelve major (Olympian) gods and goddesses (Zeus, Poseidon, Hera, Demeter, Athena, Ares, Aphrodite, Apollo, Artemis, Hephaestus, Hermes, and either Hestia or Dionysus), although philosophies such as Stoicism and some forms of Platonism used language that seems to assume a single transcendent deity. Different cities often worshiped the same deities, sometimes with epithets that distinguished them and specified their local nature.

The religious practices of the Greeks extended beyond mainland Greece, to the islands and coasts of Ionia in Asia Minor, to Magna Graecia (Sicily and southern Italy), and to scattered Greek colonies in the Western Mediterranean, such as Massalia (Marseille). Greek religion was tempered by Etruscan cult and belief to form much of the later ancient Roman religion.